How To Remove Mobile Apps As Placements In Your AdWords Campaign 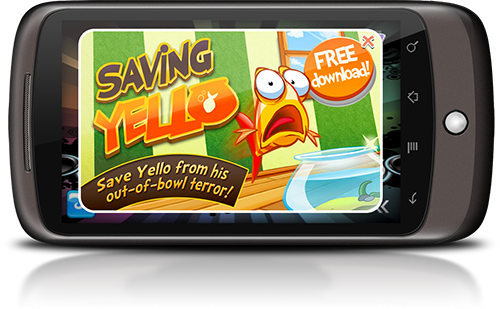 AdWords has been an excellent medium for businesses for displaying ads to people who are more likely to be interested in their products and services, at the same time, it allows them to filter out the people who aren’t. It also gives businesses the opportunity to advertise to a growing audience of potential customers as they use multiple devices – desktop, mobile, tablet, etc. This has further influenced businesses to set up their ads on mobile apps. Using the Google Display Network in AdWords is usually an advantageous undertaking, but when it comes to mobile apps, that might not always be the case. As advertisers, it is always a smart move to place ads on different relevant platforms, such as websites, apps, and videos. However, recent incidents have proven that mobile apps as placements may cause more harm than good. Present-day sizeable upticks in mobile app traffic on Google Display Network campaigns in AdWords has created a massive impact on the whole advertising world. One business, in particular, showed a 422% growth in clicks and a 480% increase in cost overnight, which was somehow extremely out of the ordinary. Interestingly enough, 98% of this change came from mobile apps and AdMob served ads. You might think the slightest good came out of this change, but unfortunately, the GDN conversion volume for this particular business actually dropped and remained flat for a few days. In particular, this could be a pressing issue for campaigns that target parents who have smartphones and tablets. Often, moms and dads alike lend their phones to their children and let them play popular mobile app games to serve as a form of distraction. However, this action has created a huge problem for businesses as children are susceptible to clicking on flashy ads that get in the way of their games. The screenshot below is the placement from a Display Campaign that was active for a few months:

At the first look, the increase in clicks might seem like a good thing, but when you look at it closely, this may mean a huge waste of your advertising budget as you are advertising to the wrong audience. If you do create display ads, however, it is best to steer clear off of smartphones and game apps. Clicks made on these media are often accidental and shows a low rate of return. If you do not filter these mobile apps, you will end up getting too many clicks that are irrelevant to your niche. These clicks will not be able to bring you any ROI, but will instead make your campaign suffer an incredible loss. For this reason, it is our recommendation to remove mobile apps as placements in your AdWords campaign. Below is a guide on how to exclude mobile apps the easy way: 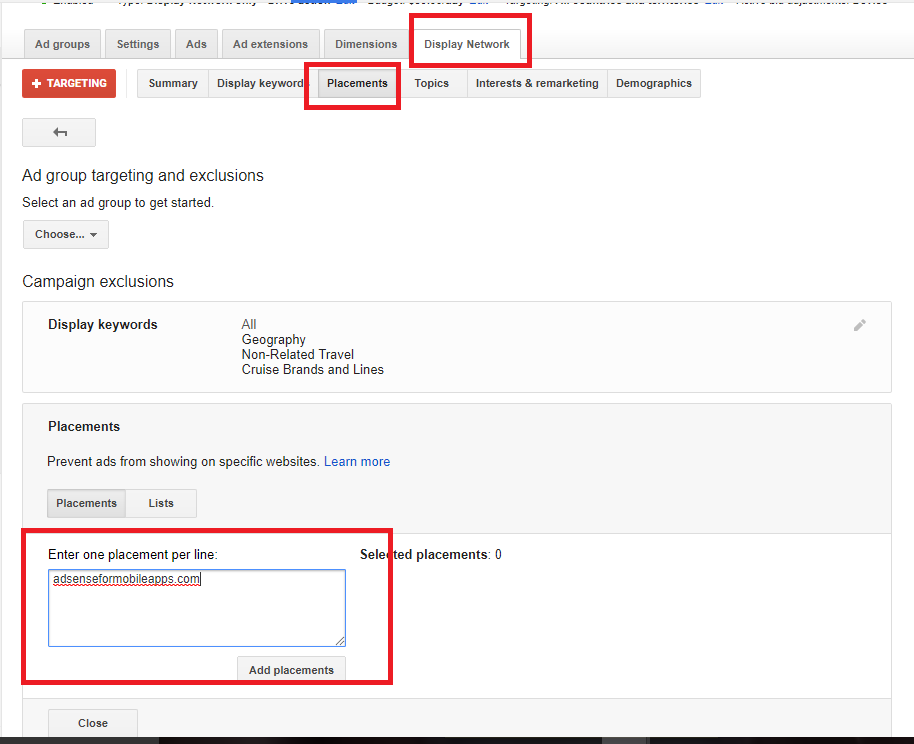 5. Select Site Category Options and select the options you wish to further exclude (In Game placements, the Death & Tragedy category, and GMob Mobile Apps are common options to exclude). 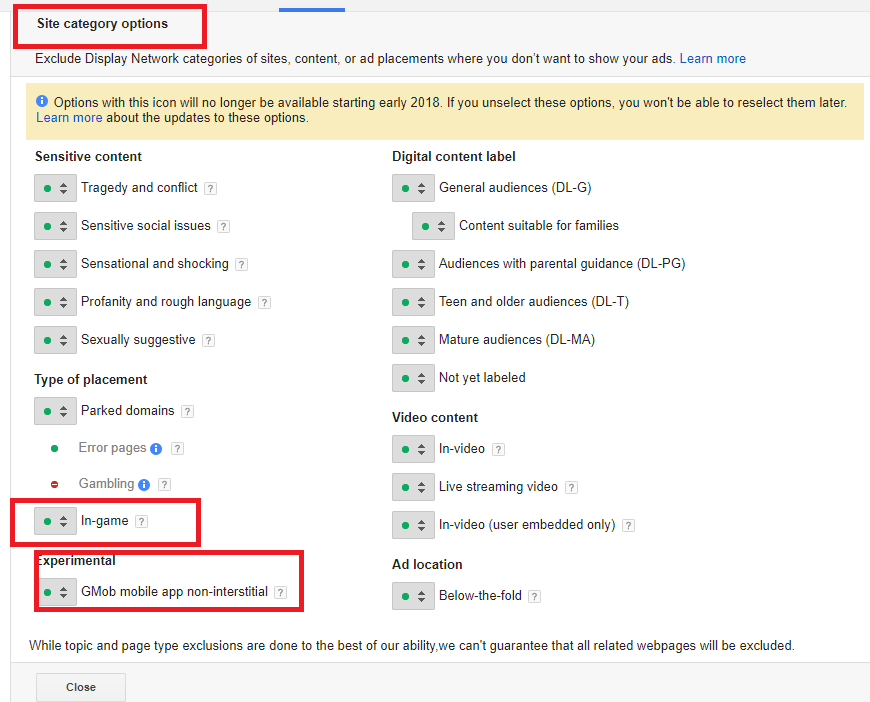 6. Save your changes to complete exclusion. After you have done the above changes, you have now excluded mobile app traffic within your AdWords campaign. Also, remember to add the exclusion list to your other display network campaigns. Google Display Network contains millions of websites, mobile apps, and videos serving billions of conversions daily. Advertising on the Google Display Network is highly efficient and effective when used correctly, but if businesses do not optimize their campaigns properly, a lot of money will get wasted by serving a lot of clicks to irrelevant mobile apps. By removing mobile app ads from your campaign, you can use your money on clicks with a higher chance of conversion instead of wasting away your budget on accidental clicks within game apps. However, even when mobile apps poses a danger to your overall AdWords campaign, we do not recommend to shut off mobile apps completely. Mobile apps, when done used right, can yield profound benefits to your business and your overall campaign. Instead of writing off mobile apps completely, we suggest creating a mobile-only display campaign specifically targeting mobile apps. By targeting specific mobile apps with highly targeted display ads, you are able to increase relevant clicks and reduce costs if you place a set budget on mobile advertising. Mobile apps as placements have its fair share of disadvantages, and it’s too big of a risk to include in your AdWords campaign, but as is always the case, it also has its benefits when you create a well-informed process around it.